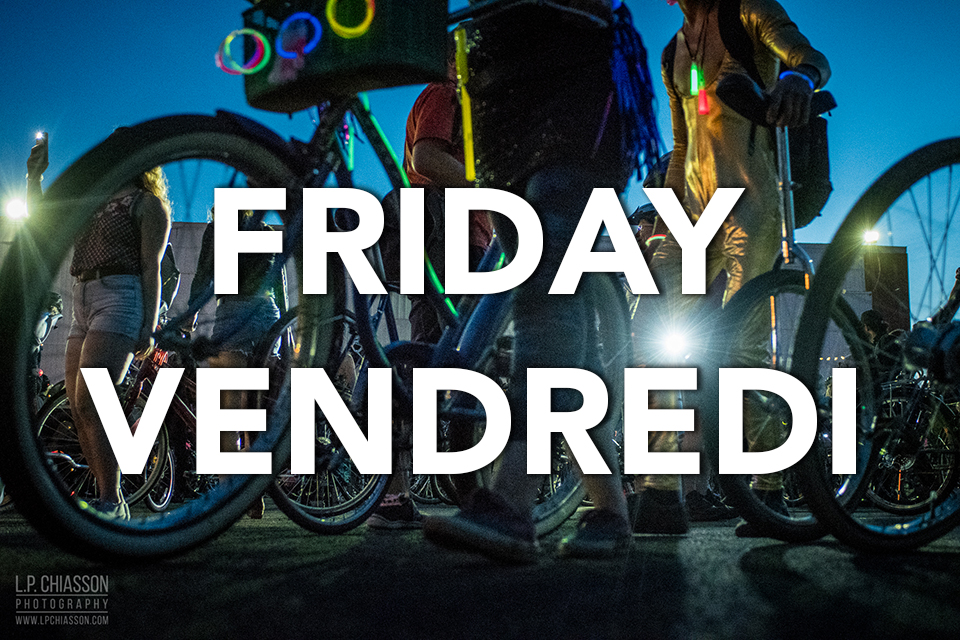 Murals in progress
Murals are being painted from Monday July 8th to Saturday 13th. Take a tour and check the muralists skills as their paintings come to life a little more each day.

Sputnik
A giant geodesic pop up bar lands on the riverfront, complete with patio with view on the river, hosting day and night programming for the week! FREE!

Graystone Stage
Festival Inspire partners with Graystone Brewing to offer you A SECOND STAGE this year on the riverfront !
Live shows, picnics, workshops, chilling zone, all kind of performances for #FREE !!! And of course…. Graystone’s delicious beers on tap!

Disco Bike Ride
The Disco Bike Ride organized in collaboration with the Cooperative la Bikery will be back on Friday July 12th.
Hundreds of cyclists will ride through the city streets in music, creatively lit and costumed. Join us and discover this year’s murals as well as some new surprises from Art in the Dark.

Departure from the Riverfront: 8:30pm

Art in the Dark
An exciting second edition this year for Art in The Dark, based on the international concept of Nuit Blanche. From 8 pm to 1 am, dozen Maritime artists will be offering installations all along the riverfront trail. The public is invited to travel along the river during the night to enjoy them, one night only before they disappear!

Today is the first day of spring. It started at 12:50 am. How would you rate the weather this winter overall?