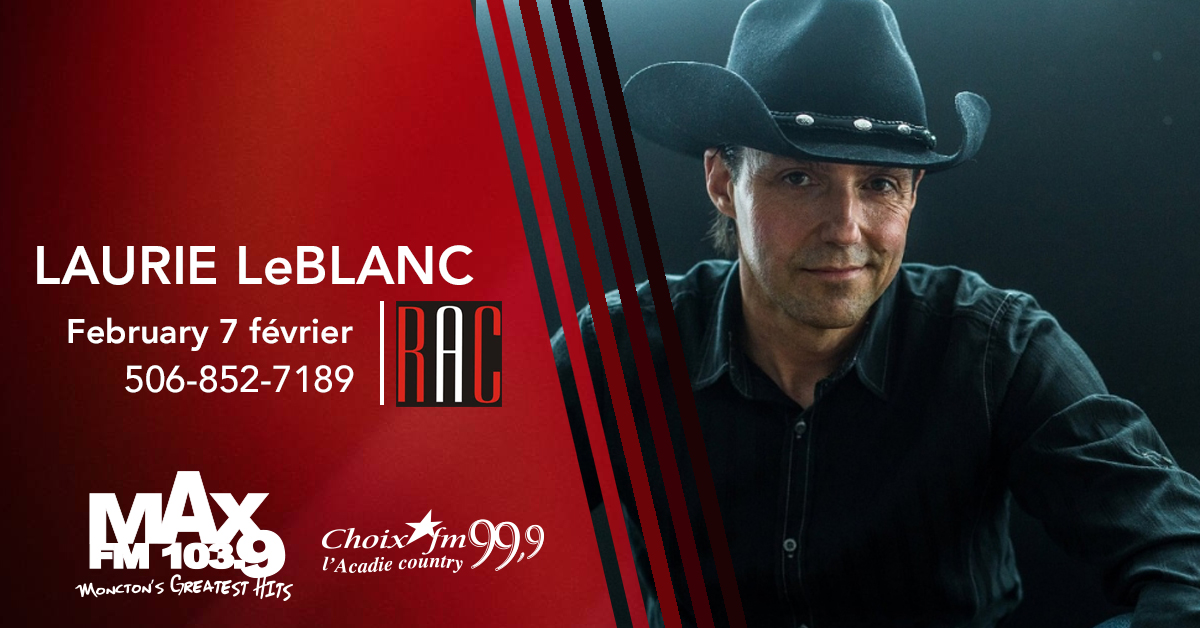 Nashville Recording Country Artist Laurie LeBlanc is one of the most popular French Country artists on the Canadian music scene. Join us for his predominately English show. The Bouctouche, NB native who has performed all across Canada and even in France, has recorded albums in both French and English. Since the beginning of his solo career in 2010, LeBlanc has received multiple awards including SOCAN Artist of the Year, Album of the Year, Singer Songwriter, Show of the Year etc.