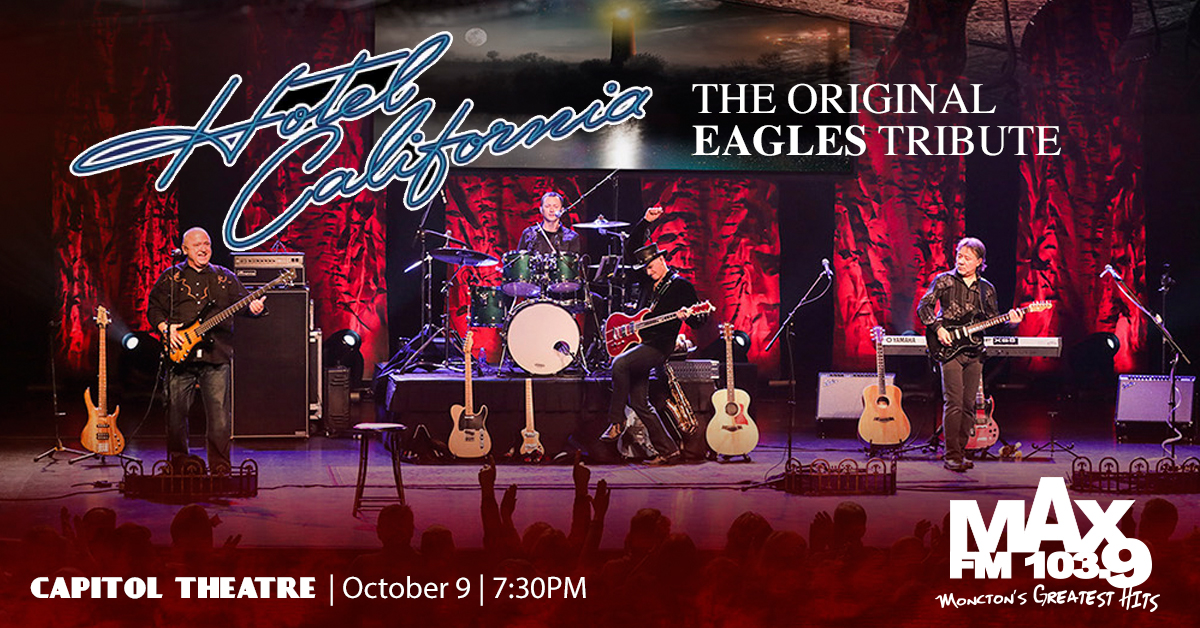 When The Eagles stopped to catch their breath a few decades ago, Hotel California began a pioneering journey through their history-making music that has taken them around the globe and thrilled hundreds of thousands of Eagles fans. It’s been a journey they could never have imagined back in 1986, but their dedication, unique musical gifts, and an obsessive commitment to doing this legendary music true justice in performance, set them apart from the many Eagles bands that came after them. From Japan to Dubai, Toronto to Texas, Hotel California has boldly taken the tribute band where none had gone before them.

The experience of a Hotel California show isn’t just about the band – it’s about celebrating the music and the memories, and the band gets the audiences involved and on their feet! Close your eyes and you’re right back there….