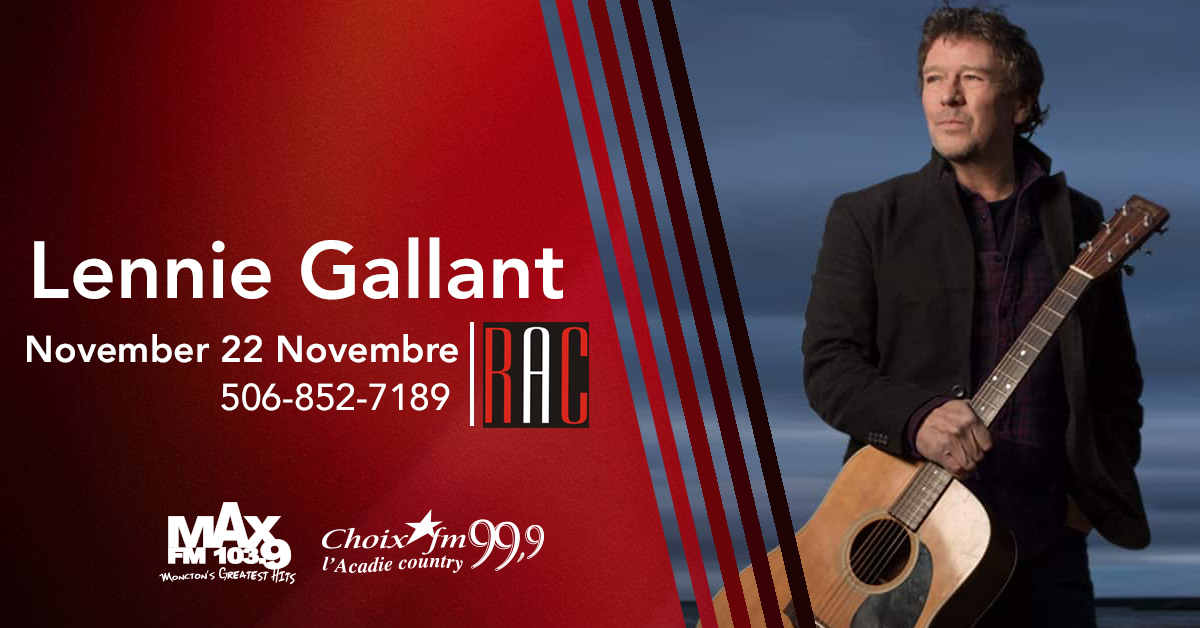 Recognized as one of Canada’s finest performing songwriters, Lennie Gallant has released twelve albums (10 in English and 2 in French) which have won him a host of awards and nominations from the JUNOs, Les Prix Eloizes, and The East Coast Music Awards, including 2017 ECMA Entertainer of the Year.

His double CD from his multimedia hit production, Searching For Abegweit, which ran for 140 shows, also won him an ECMA. He was named Canadian Folk Artist of The Year for 2016 and his song Peter’s Dream was voted one of the Top Ten East Coast Songs of All Time.